Are you stockpiling loo rolls? 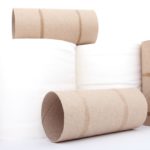 During the coronavirus problems, people are labelled “selfish, greedy, inconsiderate” for stockpiling loo rolls. Is this fair? Yes, of course it is! But, what could be behind that desire and action. I wouldn’t try to justify it, but there could be a reason behind it for some.

“We find,” wrote Charles Mackay, “that whole communities suddenly fix their minds upon one object, and go mad in its pursuit; that millions of people become simultaneously impressed with one delusion, and run after it, till their attention is caught by some new folly.”

Mackay, a Scottish journalist and author, was writing in 1841, the year he published his famous book Extraordinary Popular Delusions and the Madness of Crowds.

But he could just as easily have been describing Britain in March 2020, when we seemed collectively to lose our minds in an anxious frenzy to obtain toilet paper as the coronavirus spread.

The answer to the rationality or irrationality of the toilet paper rush lies in the truth that many people who rolled their eyes at the stockpiling were engaging in it themselves.

This behaviour was described in 1833 by British economist William Forster Lloyd, and in 1968, it was picked up on by US biologist and philosopher Garrett Hardin, who wrote an article on it called “The Tragedy of the Commons”. It describes the situation in which individuals act according to their self-interest and deplete a common resource, thereby harming the common good, from which all individuals benefit.

We are all acting for the benefit of ourselves and in the long run we destroy the resource for everybody.

Loo paper has become the focus for people’s anxieties because it is bulky and big, and so it is visually obvious when it is in shortage at the supermarket.

Anxiety spreads, and it makes us very insular. Part of the subconscious is going off, saying, ‘Do what you can to protect your family.’ It makes us irrational and selfish and it’s hard to get a larger view.

Anxiety plays a very large part in this stockpiling for some, that is not justifying it, or suggesting that there are not some people do it from pure greed, but the emotion of anxiety could turn some people away from their normal way if behaving. This is certainly nit an excuse for people to indulge in anti-social behaviour.

The Second World War had its black marketeers, but the vast majority of the population pulled together and developed a community spirit that saw people through both the war and the very hard times that followed.