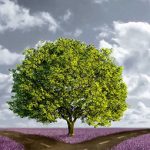 How we feel about things has a lot to do with our mindset – our perceptions. We talk about the Monday Morning Blues as if it really exists. Nothing tangible happens on a Monday that doesn’t happen on a Tuesday. It’s just that Monday follows Sunday – our day off. Tuesday follows Monday, and because we have negative perceptions of Monday, Tuesday automatically feels better. Wednesdays are pretty dismal because they are the point of no return for the week. On Thursday the weekend is closer. On Friday we just have to hold on for a few hours and then it’s the weekend. It’s all mental tricks. For each day we have a particular perception that frames our experience of it.

So let’s start by giving your most recent Monday a rating out of ten. Where one equals ‘terrible’ and ten equals ‘brilliant’. If it’s a low score such as a three or a four, then ask why is it as high as that and not a two or a one.  How did it get to a three of four? This way you will focus on the things that make your typical Monday bearable. Why is it not an absolute zero? At this point, I suggest that waking up above ground counts for, at least, a score of one. You can then ask yourself, what you can imagine yourself doing to take yourself one point up the scale, or even just a half a point. Now try doing it.

Ask yourself what score would Monday need to be, realistically, for it to be ‘good enough’. Does it have to be an eight, nine or ten? Would a five, six, or seven be good enough?